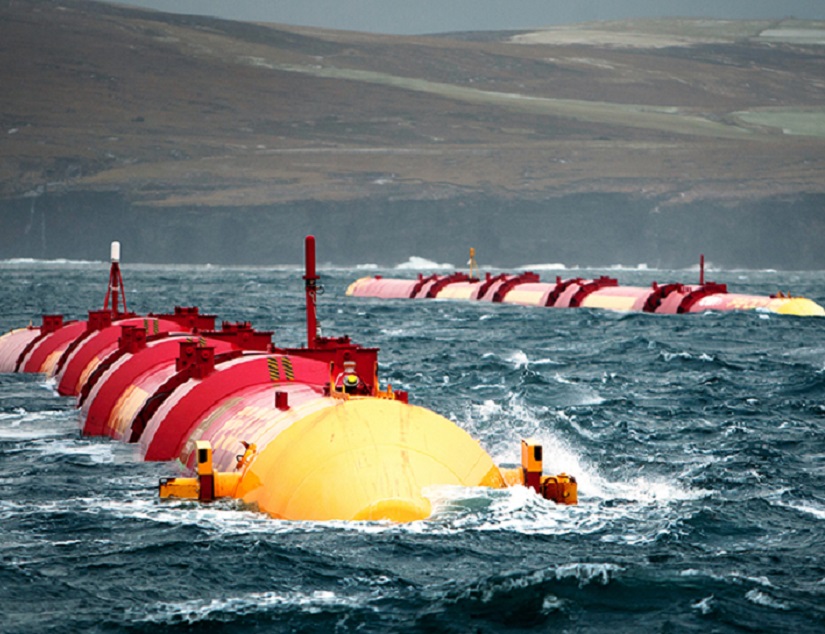 Wave Power Technology
Due to public and political desires to combat global warming, power utility companies are spending billions in their pursuit of renewable power production. The Marine renewables market sector is likely to rapidly expand over the next two decades, much like the wind turbine and solar market are currently expanding.
When harnessed effectively, oceans could prove to be one of the largest reserves of clean and sustainable energy. Ocean energy can be broadly classified as wave and tidal energy. Under wave and tidal energy, energy is harnessed through the movement of waves and tides, respectively. There are various methods of harnessing ocean energy; however, currently, wave and tidal are the most dominant forms.
Wave power has been identified as the most attractive marine renewable sector due to the potential size of its market and with no clear device or technology leader having emerged it presents the most potential.
Converted into electricity, wave energy could potentially satisfy over one-tenth of current global power demands

In 2010 the world consumed around 17.5 Terawatts of power taken from all sources of energy, namely oil, coal, natural gas and alternative energies such as solar, wind, hydropower, and others. The U.S Energy Information Administration predicts that world power consumption will increase by 56% by 2040 to approximately 27.4 Terawatts.

Total World annual consumption is 153,569,240,770 MWh @11% = 16,892,616,484 MWh that could be satisfied by wave energy annually.
The total United Kingdom annual energy consumption is approximately 319,100,000MWh. The attributable market share to Wave Energy, with current feed-in tariffs, create an annual
the market valued in excess of £10.7 Billion for the United Kingdom alone!

SWEL is a UK registered company focused on designing and developing renewable energy technologies that are capable of harnessing the power of the wave. The company was established to exploit the intellectual property of its Waveline Magnet (WM) technology, a wave energy converter that is the culmination of over ten years of Research & Development.
Throughout the design and development process, the company’s primary objective is to deliver the greatest amount of power at the least cost, from a device that is reliable and robust in the long term.

SWEL’s technologies have major applications across :

Beyond industrial and economic advantages, the WM will dramatically help in reducing Carbon levels, dependency on fossil fuels and Global warming benefiting both mankind and the
environment.

UK
The European Marine Energy Centre (EMEC) Ltd is the first and only center of its kind in the world to provide developers of both wave and tidal energy converters – technologies that generate electricity by harnessing the power of waves and tidal streams – with purpose-built, accredited open-sea testing facilities. In Cornwall, there is also a purpose build main grid connection testing site called the Wave Hub.

Canada
Canada’s Marine Renewable Energy Technology Roadmap sets out the path to the commercialization of marine energy in Canada. This is supported by funding via the ecoENERGY Innovation Initiative. The Fundy Ocean Research Centre for Energy (FORCE) in Nova Scotia acts as an industry incubator similar to EMEC.

China
A national project has been started to construct a pilot zone and offshore test sites. France Brittany, the French Government, and the EU have all contributed to a project deploying four 2MW tidal turbines off the coast of Paimpol-Brιhat to create the world’s largest tidal array exporting power into the electricity grid.

New Zealand
The Marine Energy Deployment Fund was set up in 2007 with the aim of bringing forward the development of marine energy in New Zealand by supporting the deployment of devices. Grants to the equivalent of approximately £2.1 million were allocated in four annual rounds between 2007 and 2011.

Portugal
The Portuguese Marine National Plan has been published, aimed at ensuring the sustainable use of marine resources by a variety of users.

Spain
The Spanish Government’s Renewable Energy Plan 2011–2020 includes a target for an annual installation rate for marine energy of 20–25MW between 2016 and 2020. The plan states that 100MW is expected to be installed by 2020, producing 220GWh/year by then.

WHAT SEPARATES US FROM THE CROWD

SWEL’s Research & Development program has evolved numerous patents, numerical modeling and model sea-trials throughout the last ten years. All this work has culminated in the Waveline Magnet, which is a wave energy converter with a number of unique advantages:

The major problems that appear and are apparent with today’s competing technologies are not present with the Waveline Magnet.

SWEL’s technology uses materials and components that can be found and supplied without the need for new specialized production lines or a huge new infrastructure to accommodate it, thus keeping the cost of production very low. Because of its modular lightweight design, the costs of deployment and retrieval are also drastically reduced.

The simplistic modular design of the Waveline Magnet has the added advantage of being easily repaired, maintained, produced and transported. This keeps the turnaround time the manufacture & deployment of the WM to impressively short periods but also minimizes the down-time due to maintenance.

A major advantage of the WM over its competitors is that it works in all weather conditions and can be scaled to work in both low and high wave locations without affecting the efficiency of the power production.

Waveline Magnet (WM) Technology
The WM device is a flexible, planar body designed to “stick” to the surface of the sea, creating a unique interaction with the wave. This unique interaction seamlessly harnesses the natural
movement and forces produced by the wave allowing the WM to be highly efficient at producing power.
It comprises of an array of flexible assemblies linked by a hydraulic spine power system that generates power as the WM rises and falls as the wave passes through it.

The predominant material used for the body of the device could be a marine grade plastic or equivalent.

The power take-off system, electricity conversion, reverse osmosis and hydrogen production plants that can be used are standard marine grade equipment already available on a commercial basis from recognized European and North American engineering brands. The flexible body of the device is moved by the action of the incident wave. The flexible body mimics the movements in the surface of the water, thereby inducing corresponding movements in the flexible assemblies.

Its modular and scalable nature allows for the easy deployment of a wave energy converter that is customizable to suit the wave profile of the deployed location and withstand all weather conditions.

The first Waveline Magnet device was conceived in 2006 and since then, various iterations have been developed, with each new model building on the knowledge learned from its predecessor.
The Chief Designer and inventor are based in Cyprus which has made it possible to trial each Waveline Magnet model in the sea at Larnaca Bay which has helped 'fast-track' the research and development process.

Waveline Magnet 6
This nine-meter-long, 2- platform device was built in Cyprus and underwent sea trials in Larnaca Bay during the summer of 2012. Marine energy staff from the University of Exeter carried out their own tests on the device during July 2012 to explore the power potential of the WM technology. They also confirmed that the WM technology had power generation, desalination, and coastal erosion applications.

Waveline Magnet 7
Drawing upon the findings of the sea-testing program of WM6, the WM7, a 12 meter long, three platform device was purpose-built for testing in the COAST Wave-Tank Laboratory at
Plymouth University. The tests that took place in March 2013 were conducted by independent marine energy experts and they confirmed a high efficiency.

Waveline Magnet 8.1
Following analysis of the WM7 test results, the team at SWEL constructed a smaller WM 8.1 device to explore more closely the dynamics of how a given wave interacts upon the device, at various stages along the length of the device. This device was tested in the sea in Larnaca Bay during Q4 2013 and provided valuable information to the testing team.

Waveline Magnet 8.2
In order to facilitate a fully controlled testing environment, SWEL designed and built its own wave tank during Q4 2013/ Q1 2014 and a revised WM 8 device, the WM 8.2 was constructed and tested in the new wave tank. The data from the tests recorded and the numerical modeling program have shown staggeringly impressive results.

TODAY
SWEL has developed the Waveline Magnet 9.1, a 56meter long by 3meter wide sea trials model. This has been deployed at Larnaca Bay, Cyprus, where it can be viewed, independently tested and monitored to confirm its breakthrough capabilities.

SWEL’s BREAKTHROUGH RESULTS
Using the Waveline Magnet 8.2 and a very strict and conservative calculation scenario, the tried and tested results show that SWEL can produce power at a cost of less than 5p /Kwh TODAY!
With the scale-up of the WM models to commercial-sized converters, SWEL claims that it will be delivering the cheapest renewable energy, competing even with non-renewable sources.
SWEL can explain, demonstrate and prove how this breakthrough technology challenges the conventional understanding of how the power of a wave is harnessed and converted to produce these groundbreaking results

The Waveline Magnet Technology is set to pioneer the wave energy arena.

SWEL is passionate about renewable energy and the benefits it can bring to the environment and mankind. The Waveline Magnet is without a doubt the future of Wave Energy offering endless opportunities to surpass all clean energy production in abundance.
SWEL is looking to partner up with a Strategic Investor, who will share their passion and vision to expand the WM from working models to fully implemented industrial scale.
Together with a Strategic Partner, SWEL will:

As previously mentioned the new Waveline Magnet 9.1 model has been deployed in Larnaca Bay.

SWEL encourages your team of experts to review and independently verify their claims and
are more than positive that once your experts have tested and confirmed these claims you will share the enthusiasm and excitement too.